A new hymn for Calvary Church 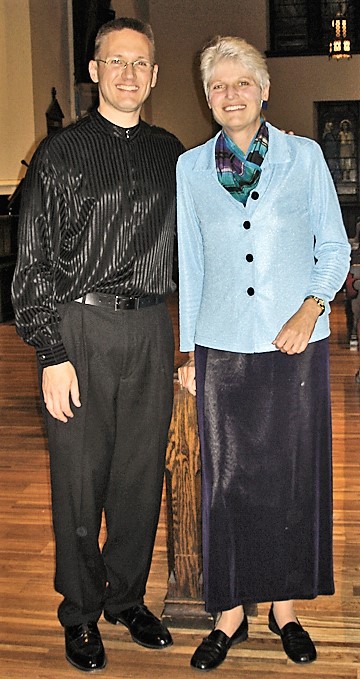 Calvary Church holds a long tradition of fervent congregational singing, and it was exciting last year to imagine having a new hymn text commissioned that would reflect the congregation’s Mission and Vision statements. To me (and this isn’t hyperbole), there was virtually no one in the world better suited to this task than Dr. Mary Louise “Mel” Bringle. It has been a privilege to have known Mel since the late 1990s, and to have had the opportunity to work with her on several hymn text/tune collaborations. She has for many years taught at Brevard College in North Carolina, where she is Professor of Philosophy and Religious Studies. Mel’s interrelated career as an award-winning hymn writer has been meteoric, as she essentially began that work around 2000; her original texts and translations are included in hymnals around the world. Calvary Church was honored to have Mel with us in 2006 (see photo) to help celebrate the parish’s 150th anniversary. Mel served as guest preacher, and she and I collaborated for the occasion on a new text and tune, Built on the Rock of Christ (tune name: TINSLEY). 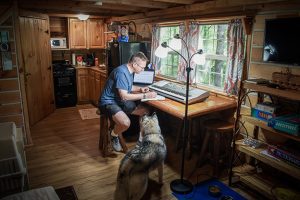 For Calvary’s recent new hymn, Because God First Loved Us, Mel distilled in three brief, elegant stanzas elements drawn from the Mission and Vision statements which were finalized in 2021 after nearly three years of dialogue and discernment. For the metrical text, she employed the exceedingly rare meter of 6.8.8.8.6. (This meter is so uncommon that there isn’t even a single instance of it within the largest online database of English hymnody drawn from the last several centuries!) Since no existing 6.8.8.8.6 tune was in Calvary’s collective “memory,” I decided to compose a new hymn tune to carry Mel’s new words, and was grateful for the opportunity to do so a couple of weeks ago during an isolated continuing-education retreat in southern Illinois.

In the tune, the three interior 8-syllable lines of each stanza are paired with essentially quarter-note rhythm and small melodic intervals. For the repeated 6-syllable phrase (Because God first loved us) in each stanza, I slowed down the pace (half notes) and incorporated more sweeping, larger melodic intervals. The tune name, KARBERS RIDGE, comes from the unincorporated community in southern Illinois where my retreat cabin was located.

During this forthcoming Sunday’s 10 AM service, we’ll have the opportunity to give voice and breath to this new hymn. Please come and be ready to sing!