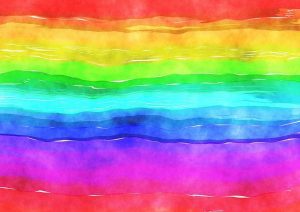 Mark 7:24-30
24 From there he set out and went away to the region of Tyre. He entered a house and did not want anyone to know he was there. Yet he could not escape notice, 25 but a woman whose little daughter had an unclean spirit immediately heard about him, and she came and bowed down at his feet. 26 Now the woman was a Gentile, of Syrophoenician origin. She begged him to cast the demon out of her daughter. 27 He said to her, “Let the children be fed first, for it is not fair to take the children’s food and throw it to the dogs.” 28 But she answered him, “Sir, even the dogs under the table eat the children’s crumbs.” 29 Then he said to her, “For saying that, you may go—the demon has left your daughter.” 30 So she went home, found the child lying on the bed, and the demon gone.

Jesus once faced the same conundrum we often do today: who is in and who is out? In the above scripture, Jesus is dining with the “in-crowd,” of which he is part. And a woman in the “out-crowd” disrupts the meal.

He reacts the way most in the in-crowd disrupted by someone in the out-crowd would, “Why are you here and why are you bothering me? Don’t you know who you are?”

But the woman won’t let that response stand. She confidently, fearlessly replies, “even if I have to beg at your feet, I am joining you at the table.”

Jesus replies, not with further distain, but rather with the grace of healing, love, and inclusion.

This woman plays a crucial role in revealing the movement of God’s Beloved Community. It is the vital reality Jesus urges more and more as his ministry grows and flourishes: that all are welcome.

We have a vision at Calvary, to grow both inwardly and outwardly in faith, and by our invitation, welcome, and connection, to realize God’s Beloved Community.

In Lent 2019, Calvary responded to the Squirrel Hill Pittsburgh Synagogue shooting. As anti-Semetic sentiments raged to the point of terror, we talked about how easy it is to deny, distain, or disregard the “other” rather than see in the diversity of God’s creation the Face of God.

This is what Calvary stands for; this is what we are about: the radical inclusion of all, even and especially the ones in the “out-crowd.”